Lion Terry was born and raised in B.C. She relocated to Alberta in 1982 when her husband received a job offer he couldn’t refuse. To this day, they both say it was one of the best decisions they ever made. After several years of helping Roger in his business as well as a short stint in real estate, Lion Terry joined Shell Canada and spent the next 24 years as a manager and retailer in their network. She also worked as a contract trainer for new retailers as well as the occasional stint doing forensic operations and bookkeeping analysis for Shell.

In 1997 she joined the Edmonton Host Lions Club just to help out. Since joining, she has served as a club director, vice president, president, secretary, treasurer as well as chair of the Lions Dream Home project. At the District level, she has served as Cabinet Secretary, Leader Dog Chair, Youth Chair and is currently serving as LFC Chair for the second year. She has helped with club officer training for several years and firmly believes that you can always learn more, regardless of how many times you go. She has attended Lions Leadership Institute and is a Certified Guiding Lion. Lion Terry has attended District Conventions every year since joining Lions and most of the MD Conventions, business permitting. She has also attended 11 Canada/USA Leadership Forums and 6 International Conventions.

She is a Melvin Jones Fellow, Jack and Denise Isaman Fellow, and a Dr. Patti Hill Fellow. She has received a District Governors Certificate of Appreciation, a Certificate of Excellence (Secretary) and an Extension Award for helping to start a new club. Lion Terry is also active in the Central Lions Seniors Association and is the Past Chair of that organization. She served for six years on the Board of Safe and Caring Schools and Communities, an organization that was founded by the Lions and the Alberta Teachers Association working in partnership with other interested community groups. She served as a member of the provincial task force charged with reviewing the Blind Persons’ Rights Act and recommending changes to improve the protection of the rights of our blind and visually impaired citizens. Now that she and her husband, PDG Roger, have retired, they look forward to many more years of service to their clubs and their community. 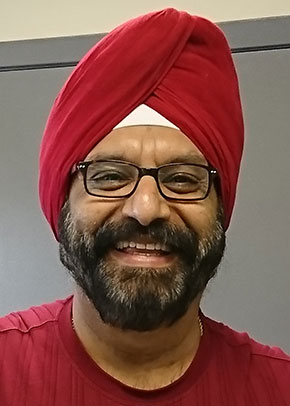 Lion Melodie was born in Drayton Valley, Alberta and raised on an acreage East of Ardrossan. She graduated high school in 1986, then from college in 1994 from Canadian University College (now Burman University) in Lacombe, Alberta. Upon completion of her studies, she went to work in finance and administration for an upholstery company where she met her future life mate, Kirk. Lion Kirk brought her into The Stony Plain Lions Club in 1996, where they were engaged and then married in 1997. Their only daughter, Loreen was born in 1999.

Lions Kirk and Melodie live in Stony Plain, Alberta and made the decision to have at least one stay-at-home parent, so Lion Melodie started 3CPO Accounting Services Ltd. in 2001. She continues to work part-time as an accountant and bookkeeper.

Lion Melodie served as Club Treasurer of The Stony Plain Lions Club for 11 years and received 100% attendance for those 11 years. Served as Club Convention Chair in 2008 where she received an International President’s Certificate of Appreciation and a Melvin Jones Fellowship. She is also a recipient of a Bill Webber Fellowship and a Lions Quest Fellowship. She has received numerous Club awards. She was appointed Zone Chair under her mentor, the late PDG Bill Ingram. At the District level, she has served as Lions Quest Chair and has taken the teacher’s training. She has also attended a USA/Canada Leadership Forum.

The Frankos have hosted three youth exchange students from Peru, Brazil and Finland.

Lions Kirk and Melodie Franko transferred their membership to The St. Albert Host Lions Club in 2009 where Lion Melodie continues to serve. She has served as Club Director, Vice President and President three times. She also serves on various committees.

Lions Kirk and Melodie love to camp and you will find them soaking up the rays at their cottage at Lessard Lake. As the Frankos move towards retirement, they look forward to many more years of service to their Club.