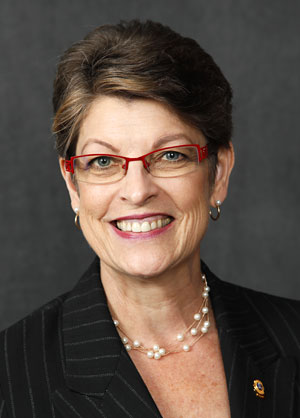 A graduate of the University of Alberta, Dr. Hill has taught in Alberta and California. She is a teacher, a certified teacher of the deaf and hard of hearing, a registered psychologist, and a former principal and post-secondary instructor.

Currently, Dr. Hill is the owner of a consulting firm that works with schools, families, and government agencies to design and support programs and interventions for children and students. The goal: enabling others to excel.

As an executive officer of the International Association of Lions Clubs, Dr. Hill becomes an integral part of a team, bringing leadership and inspiration to the world’s largest service club organization with more than 1.4 million members in approximately 45,000 clubs in more than 200 countries and geographical areas around the world.

Since 1917, Lions clubs have aided the blind and visually impaired and made a strong commitment to community service and serving youth throughout the world. 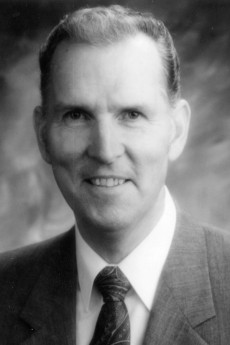 Lion Bill W. Webber of St. Albert, Alberta, Canada was elected to serve a two-year term as a director of The International Association of Lions Clubs at the association’s 72nd annual convention, held in Miami/Miami Beach, Florida, USA, June 21-24, 1989.

Past Director Webber is a retired district manager of a utility company.

A Lion and member of the St. Albert Host Lions Club since 1964, Past Director Webber has held the positions of club President, District Governor and Council Chair. He has served as a Director and Vice Chair of Lions Quest Canada; a coordinator of Lions Project Pride; Director and past chair of his multiple district eye bank, and national coordinator for Campaign SightFirst.

For his contributions to the association, Past Director Webber has received the 100% District Governor Award; six International Certificates of Appreciation; eight International President’s Awards, and the Ambassador of Good Will Award, the highest honor granted by the association to its members. He is a Progressive Melvin Jones Fellow.

Active in the community, Past Director Webber has served on the Edmonton Emergency Planning Committee, the Canadian Gas Association Customer Service Committee and the St. Albert Board of Education.